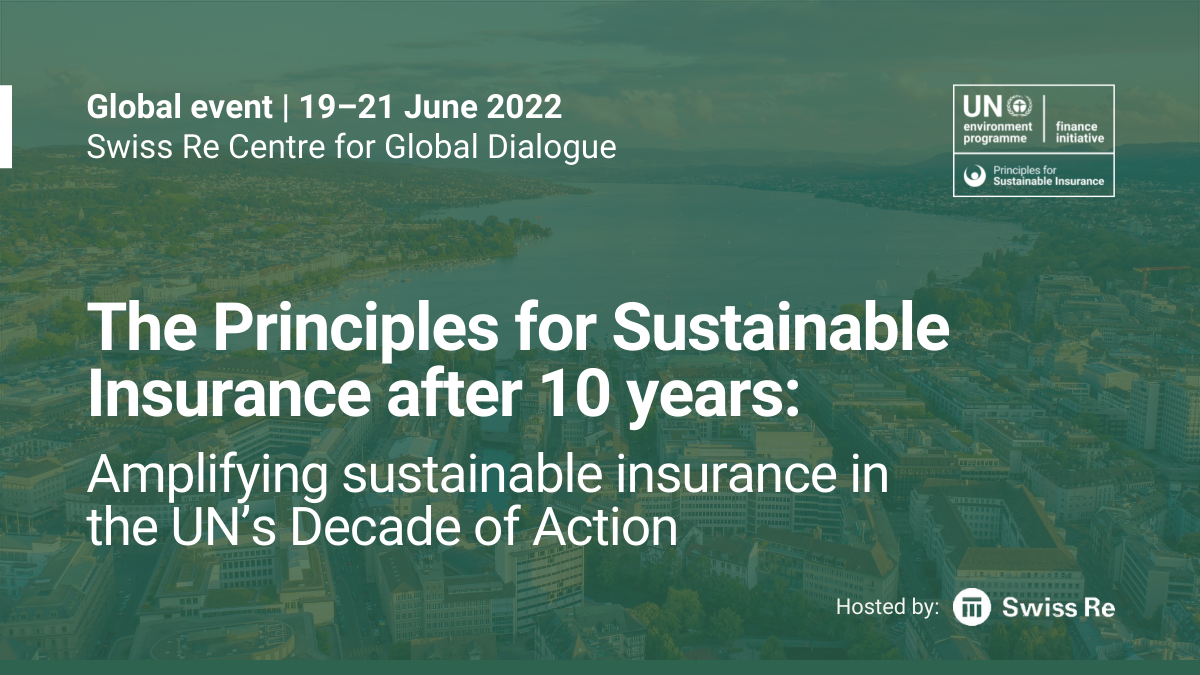 The landmark event celebrating 10 years of the UN’s Principles for Sustainable Insurance Initiative (PSI) was held 19-21 June at the Swiss Re Centre for Global Dialogue—the same venue were the Principles were finalised over a decade ago.

Day 1: Shaping sustainable insurance in the past decade

The first day of the event celebrated the work of the PSI in shaping the global sustainable insurance agenda since it was launched during the 2012 UN Conference on Sustainable Development in Rio de Janeiro (Rio+20) with the endorsement of then UN Secretary-General Ban Ki-moon and insurance industry CEOs. The launch event was co-hosted by the International Insurance Society (IIS) and the Brazilian Insurance Confederation (CNseg).

UNEP Executive Director, Inger Andersen, and Swiss Re Group CEO, Christian Mumenthaler, kicked off the second day of the event, which highlighted the agenda-setting work of the PSI’s Net-Zero Insurance Alliance (NZIA) and marked the NZIA’s first-year year anniversary since its launch at the G20 Climate Summit in Venice last year.

Andersen challenged the insurance industry to implement six key asks to drive progress towards a just transition to a net-zero and nature-positive economy in order to achieve a resilient and sustainable future for all.

Mumenthaler underscored how the PSI has embedded environmental, social and governance issues at heart of the insurance business, which has led to a decade of progress in sustainable insurance underwriting. He stressed the imperative for the insurance industry to accelerate the transition to a net-zero economy through both its insurance and investment portfolios.

Selwin Hart, Special Adviser to the UN Secretary-General on Climate Action, and Mary Schapiro, Vice-Chair of the Glasgow Financial Alliance for Net Zero (GFANZ), reinforced the need for the insurance industry and the wider financial sector to take urgent and ambitious action now in order to halve emissions by 2030 and keep the goal of limiting global warming to 1.5°C alive. Hear the messages from Selwin Hart and Mary Schapiro.

A highlight of the event was Monday’s roundtable discussion between Chief Underwriting Officers and Chief Risk Officers of Net-Zero Insurance Alliance (NZIA) members—Allianz, AXA, Swiss Re and Zurich Insurance Group—and real economy CEOs from ABB, Holcim and Syngenta on how insurers and corporations can work together to accelerate the transition to net zero. This was followed by sessions on the foundational work of the NZIA and its partners to develop a global standard to measure emissions associated to insurance portfolios, and guidance to set science-based targets for insurance portfolios.

In the afternoon, we heard from Ken Ofori-Atta, the Finance Minister of Ghana, the incoming presidency of the Vulnerable Twenty Group of Finance Ministers (V20). Minister Ofori-Atta spoke about the importance of the PSI-hosted V20 Sustainable Insurance Facility (SIF) in delivering financial protection for micro, small and medium-sized enterprises (MSMEs)—the economic backbone of the most climate-vulnerable countries. See the presentation by the PSI’s V20-SIF Global Coordinator, Brandon Mathews.

The third day opened with the launch of the first environmental, social and governance (ESG) guide for the global life & health insurance industry, building on the first ESG guide for the global non-life insurance industry that the PSI published in 2020. The guide aims to support life & health insurers assess a wide range of ESG issues—from antimicrobial resistance, climate change and infectious diseases; to ageing populations, mental disability and obesity—in the context of underwriting mortality, morbidity, longevity and hospitalisation risk. It is a result of collaborative effort involving 12 leading insurers from across the globe, and co-led by the PSI and HSBC Life.

Fittingly, this agenda-setting effort by the PSI was endorsed by Dr Tedros Adhanom Ghebreyesus, Director-General of the World Health Organization, who delivered the keynote address. This was followed by the launch of the guide by Edward Moncreiffe, CEO of HSBC Insurance (Asia) and HSBC Life (International), and a panel discussion involving AIA, Co-operators, TD Insurance, Zurich Insurance Group and UNEP. The PSI also announced that it will produce a paper assessing life & health insurance business in the context of the recommendations of the Task Force on Climate-related Financial Disclosures (TCFD), while Swiss Re presented its work on the role of insurance in reducing income inequality.

The final day ended on a high note as it advanced the nature-positive insurance being championed by the PSI. This included the launch of the DB Insurance-sponsored PSI global study to harness environmental pollution liability insurance for a sustainable economy and the PSI-supported WWF guide for insurers to manage hydropower risks, and an update by UNEP FI and FSD Africa on the work of the Task Force on Nature-related Financial Disclosures. 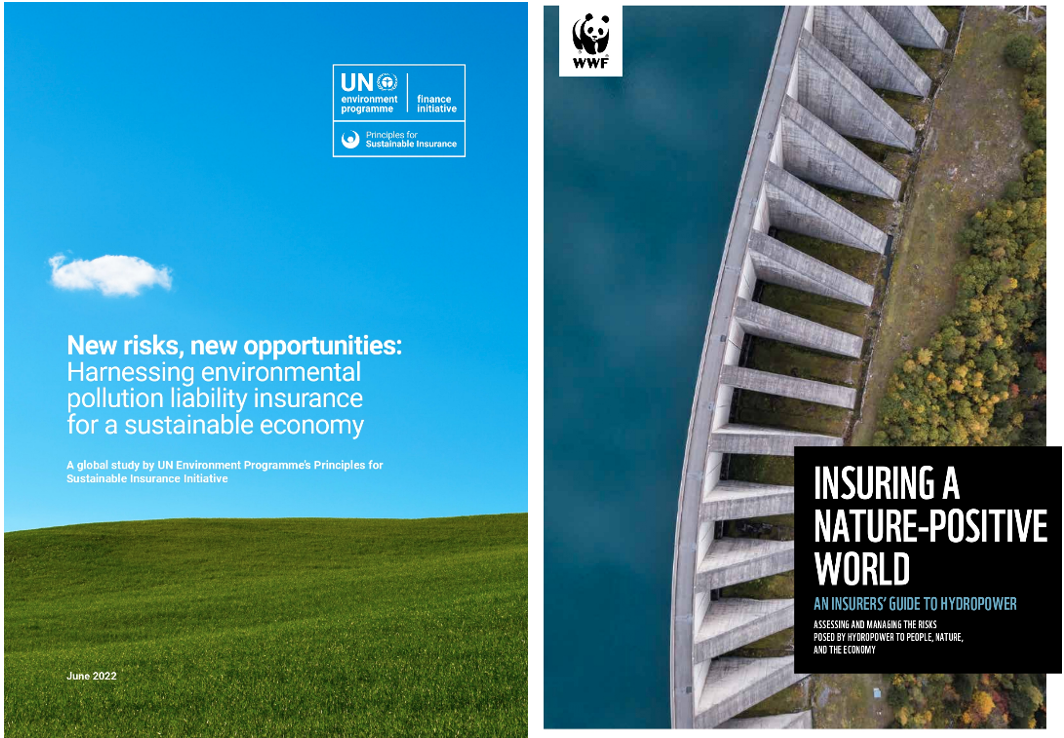 In closing the event, PSI Programme Leader Butch Bacani summed up the PSI’s work with the following words: 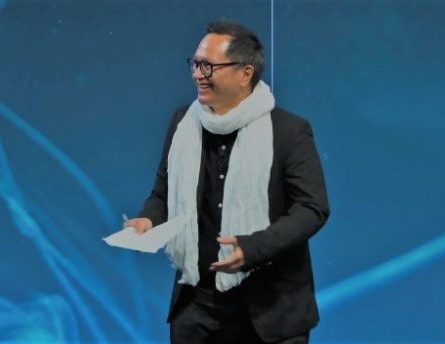 “Sustainability is not just about saving the planet. It’s not just about protecting the environment for the sake of protecting the environment. It’s about giving everyone a striking chance to lead productive, healthy lives with dignity. That is what sustainability is all about. That is the quality of life that we are aspiring for in the PSI, and in the UN. The PSI is all about you each one of you who believe in the power of sustainability and the role the insurance industry has to play in this global effort. Because of each one of you, it gives me all the confidence in the world that the next 10 years will be even better.”

We extend a huge thank you to Swiss Re for hosting this historic event, and to all PSI members and stakeholders for making this an affair to remember.

Here’s to the next decade of the PSI!