The Net-Zero Banking Alliance maintains a number of strong connections with partners with common interests. Read more about our collaborating partners, country chapters and supporting institutions below.

The Alliance and its collaborating partners work in concert to harmonise, develop, and implement net-zero approaches, as well as mutually promote the work of both organisations. They have in common a shared ambition for excellence in the pursuit of common goals. Each collaborator relationship is unique, and may include consultations, adoption of one another’s past or future approaches, collaboration on overlapping tasks, or other forms of mutually agreed-upon partnership. This is outlined in a document of common understanding. Collaborating partners may be proposed by the Secretariat or Alliance members and must be approved by the Steering Group. 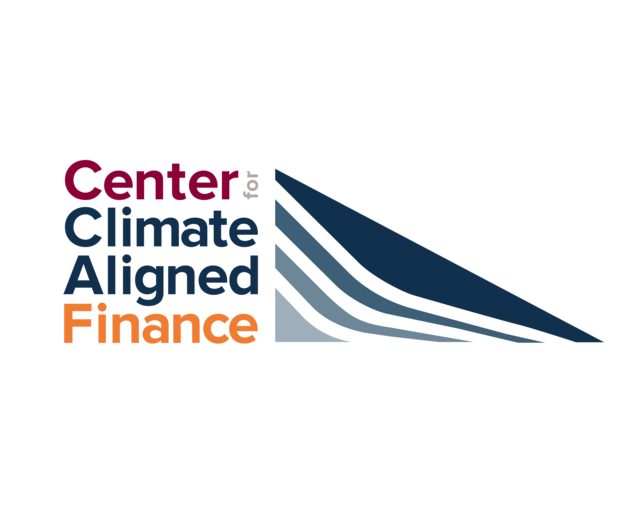 The Center for Climate-Aligned Finance was established by RMI to help the financial sector transition the global economy toward a zero-carbon, 1.5°C future. With deep partnerships in finance, industry, government, and civil society, the Center works to develop decarbonisation agreements within high-emitting sectors, build global frameworks for climate alignment, and support financial institutions in decarbonising their lending and investing portfolios. Launched in 2020, the Center builds on RMI’s nearly 40 years of experience developing market-based solutions to accelerate the energy transition.

Banking for Impact on Climate in Agriculture

The Banking for Impact on Climate in Agriculture (B4ICA) initiative was launched at COP26, convened by the World Business Council for Sustainable Development (WBCSD), UNEP FI, the Partnership for Carbon Accounting Financials (PCAF) and the Environmental Defense Fund (EDF).  The project supports leading banks with agriculture business portfolios to align them with Net Zero and Paris Agreement goals. The initiative addresses the critical challenges for banks in measuring and setting targets for GHG emissions, including significant data gaps, carbon accounting complexity and low digitalisation of GHG emissions at the producer level across different regions and agricultural products and practices. B4ICA provides a unique space for pioneering banks to collaborate in the pre-competitive space together with technical experts and other critical stakeholders.

Country Chapters support the implementation of Alliance’s global goals at a local level. With a large and growing geographically diverse community of banks joining the Alliance, the Secretariat recognises the need for region-specific fora that will support implementation within the context of the national/regional economy and policy environment. Peer learning among banks will catalyse members’ net-zero journeys, in addition to participation in the Alliance’s global working groups.

The UK Chapter of the Alliance is convened by UK Bankers for Net Zero. It is an initiative which aims to enable banks to successfully support their clients, accelerate the transition to net zero and deliver on the UK government’s ambitions for addressing climate change.

Supporting institutions are non-for-profit organisations that carry out activities relevant to the banking industry. Supporters have a mission which is aligned with net-zero by 2050 or other low-carbon objectives and have confirmed in writing their support for the Alliance. Supporters are encouraged to carry out at least one activity each year that would support the adoption and implementation of the NZBA commitment. If your organisation would like to become a supporter, please contact us.

The Luxembourg Bankers’ Association (ABBL) is the largest professional association in the financial sector, representing the majority of financial institutions as well as regulated financial intermediaries and other professionals in Luxembourg, including law firms, consultancies, auditors, market infrastructures, e-money and payment institutions. This makes us truly representative of the diversity of the Luxembourg financial centre, placing us in a unique position, able to give the entire sector a voice at both national and international level. We provide our members with the intelligence, resources and services they need to operate in a dynamic financial market and in an increasingly complex regulatory environment. We facilitate an open platform to discuss key industry issues and to define common positions for the entire sector.

The Spanish Banking Association (AEB) is a professional association open to all Spanish and foreign banks operating in Spain. Although membership is voluntary, in practice most banks in Spain are members of the Association. Since its creation in 1977, the AEB has been committed to the development of the Spanish banking system and its contribution to the country’s economic growth, defending and representing the collective interests of its members. in the different areas that affect their activity. It provides a forum for the exchange of information and best practices, as well as for the discussion of legislative initiatives and the coordination of common positions, which are defended before the relevant national and international counterparts. The AEB also acts as an interlocutor in the sector’s collective labor agreement and regulates operating procedures in relations between banks and with the public administration.

The Portuguese Banking Association is the main representative of the banking sector in Portugal. Its members account for over 90% of the assets in Portugal’s banking system. The APB was founded in 1984 and its main goals and targets are to: (i) defend the banking sector and especially the common interests of its member institutions; (ii) contribute to a better economic, technical and social performance in the sector; (iii) act in the defence of the values of trust, ethics, transparency and integrity; (iv) foster a transparent relationship between banks and society; (v) help improve the qualifications of the sector’s employees; (vi) encourage a better understanding of how the banking system works and its importance to the country’s economy; and (vii) play an active role in financial education, thereby contributing to better use of bank products and services.

The Romanian Association of Banks (RAB) is one of the strongest professional associations in Romania which represents the entire banking market – made up of 32 banks active as Romanian or foreign legal persons in the financial sector – and which expanded by including other 12 affiliate members, non-bank companies, thus setting the foundation of a partnership with the intention of contributing to the consolidation of a predictable, transparent and reliable business environment in Romania. The priorities of the banking industry are related to maintaining the banking sector’s role as main financier of Romania’s economy while assuring the stability and credibility of the banking sector.

The European Banking Federation (EBF) is the voice of the European banking sector, bringing together national banking associations from across Europe. The EBF is committed to a thriving European economy that is underpinned by a stable, secure and inclusive financial ecosystem, and to a flourishing society where financing is available to fund the dreams of citizens, businesses and innovators everywhere.

The French Banking Federation (FBF) is the professional body that represents all banks operating in France, regardless of their size and status. It has 334 members including 115 foreign credit institutions. Its missions include promoting the banking and financial industry in France, Europe and around the world, engaging with public and financial authorities, representing the banking profession in the media, with political and institutional circles, and more generally with all stakeholders. The FBF is governed by an executive committee composed by the CEOs of the 6 largest French banking groups, which all have net zero by 2050 objectives and are all signatories of NZBA.

Established in 1969, the Liechtenstein Bankers Association (LBA) is the domestic and international voice of the banks operating in and out of Liechtenstein. It is one of the country’s most significant associations and plays a key role in the successful development of the financial centre. Member interests are pursued in accordance with the principles of sustainability and credibility. As a member of the European Banking Federation (EBF), the European Payments Council (EPC) and the European Parliamentary Financial Services Forum (EPFSF), the Liechtenstein Bankers Association is a member of key committees at the European level and plays an active role in the European legislation process. Since 2017, the LBA has also been a member of the Public Affairs Council (PAC) with offices in Washington and Brussels and since 2018 of the international network ‘Financial Centres for Sustainability’ (FC4S). 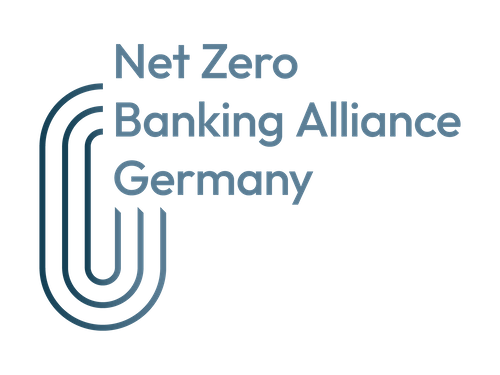 The Net Zero Banking Alliance Germany (NZBAG) aims to enable standardised measurement and management of the climate impact of loan portfolios in line with the Paris climate goals. To this end, methodologies, minimum requirements and frameworks are being developed and tested. The German Voluntary Climate Commitment by the Financial Sector provides the basis for the NZBAG’s work. By the end of 2022, signatories will set scientific climate targets for sectors with high climate impacts and report progress on meeting the targets from 2023 onwards.

NZBA and NZBAG are separate initiatives.

UK Finance is the collective voice for the banking and finance industry. Representing around 300 member firms across the industry, we act to enhance competitiveness, support customers and facilitate innovation.We work for and on behalf of our members to promote a safe, transparent and innovative banking and finance industry. We offer research, policy expertise, thought leadership and advocacy in support of our work. We provide a single voice for a diverse and competitive industry. Our operational activity enhances members’ own services in situations where collective industry action adds value.

The Bank Association of Slovenia(ZBS) is a nonprofit organisation with more than 60 years in operation. It represents the common voice of its members, banks, saving banks and leasing companies, involving more than 70% of Slovene financial sector balance sheet and  liaises with the economy, financial organisations and scientific, technical and other institutions to promote the development of the money and capital markets and to promote banking and other financial activities, including also through its membership in different national and European organisations like EBF, Leaseurope, EPC  and other. ZBS participates in the development of common standards and solutions in the field of banking and leasing operations, organises professional training programs including certified programs for banking and other financial operations and publishes the only Slovenian monthly journal for money and banking Bančni vestnik.

As the umbrella association of Switzerland’s banks, the Swiss Bankers Association (SBA) brings together some 300 member institutions from the various bank categories and other financial services providers. The Association represents the financial centre’s interests vis-à-vis politicians, authorities and the general public. We are committed to entrepreneurial freedom and open markets, and work towards an environment in which an innovative and diverse banking sector can grow. We are a forward-thinking knowledge hub, setting the agenda and steering the industry towards a sustainable future. The Swiss financial centre wants to be a leader in sustainable finance, and the SBA and its members have developed a decisive action plan to this end. We aim to lay a strong foundation for further growth.