Antoni Ballabriga is Global Head of Responsible Business at BBVA. He reports directly to the Board of Directors. His mission is to ensure that people are systematically placed at the decision-making processes. He assists the CEO in proposing Responsible Banking policy and defines its plans, and is responsible for its implementation & monitoring. He works mainly as second line to challenge and give support to all areas to embed this policy in their operational models. This includes the design of customer solutions to marketing and sales, customer relations & complaints; sustainable finance integrating environmental & social opportunities & risks; reputation monitoring & risk management; integrated report; community investment. 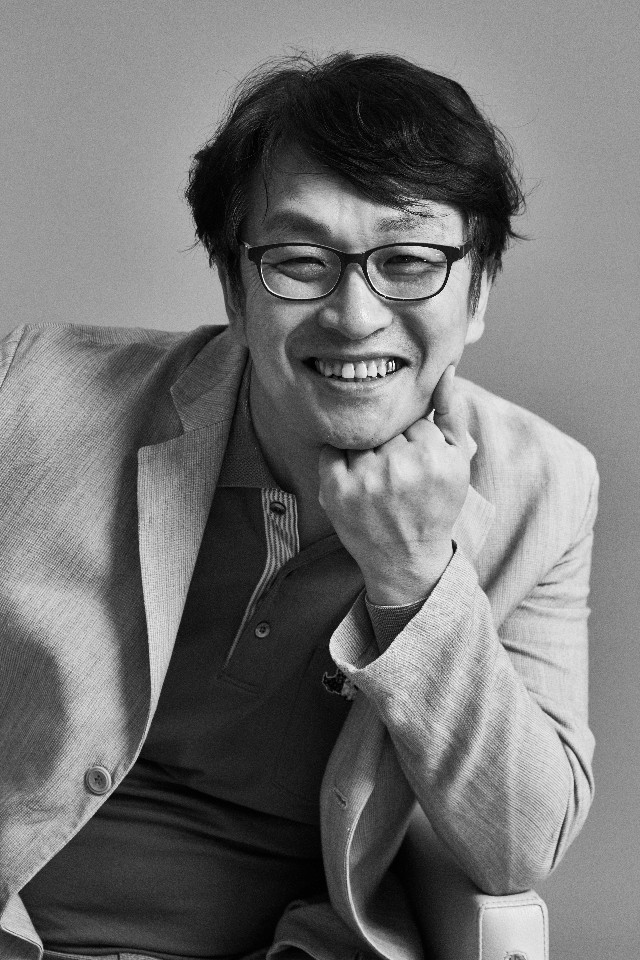 The Group CSO is responsible for both strategy and sustainability for the entire Group, including its Bank, Investment, Asset Management and Insurance subsidiaries, and takes the role as the leader in Shinhan’s ESG efforts. Under the leadership of the Group CSO, Shinhan Financial Group became the first Korean financial institution to declare and implement TCFD-aligned disclosures, proactively drafted and joined the Principles for Responsible Banking with its global peers, and stipulated the Shinhan Financial Group Action Principles towards Climate Change. In the year 2020, the Group CSO further pushed the Group towards sustainability by, for example, helping Shinhan Life Insurance join the PSI, promoting Shinhan Bank to join Equator Principles, supporting Shinhan BNP Parisba asset management to declare TCFD and fortifying the Group-wide governance system to promote ESG with the establishment of the CSO Council for Sustainable Management.

As the CSO of a financial institution in South Korea, Park Sung-hyun faces many challenges in promoting the Group’s eco-friendly financial strategy. “I truly believe that we need more domestic best practice cases in climate finances, and that we need to further elevate domestic standards so that it is well in line with global standards.” Shinhan’s mission is ‘Building a better World through Finance’. Based on this mission, he hopes to spread a positive influence and bring about positive changes for various stakeholders with UNEP FI. Mauricio has over 8 years of experience as Principal executive of the Environmental and Climate Change Department at CAF (Latin American Development Bank). He has been the head of the Strategic Program of Environmental and Social Management for financial institutions (PGASIF). Moreover, since 2015 Mauricio has been co-chair of the Latin American Task Force UNEP FI, and promoter of the Protocol of Sustainable Finances of the Banking of Ecuador. His career has a remarkable background in terms of sustainability and environment protection. He has participated as member of the main group that elaborated the Management Plan for the Galapagos National Park and he worked at Galapagos National Park as a Coordinator of Investigation and Development Projects. Additionally, he was the Director of the Environmental Area at the Municipality of Guayaquil for over four years and the Sub-secretary of the Natural Capital Department at the Environment Ministry of Ecuador. He strongly believes on the necessity to create resilient and low carbon economies to improve the livelihood of the Latin American citizens. He holds a Master degree in Environmental and Forest Biology at SUNY (State University of New York). More of his biography here. Ulrike Decoene was appointed AXA Group Head of Communication, Brand and Corporate Responsibility in March 2019, Previously she held the role of Chief of Staff to the Group CEO as well as corporate secretary to the Management & Executive Committees of the Group.

Ulrike started working on sustainable finance over 10 years ago during her role at AXA Investment Managers. Working alongside our CEO Thomas Buberl, she supported the various teams concerned (Group CR, Group Investments, AXA IM) with the announcements made by AXA at the inaugural (2017) One Planet Summit, as well as assisted the CEO on his contribution to the different sustainable finance coalitions (eg. TCFD, WEF Alliance of CEO Climate Leaders, Climate Finance Leadership Initiative, Net Zero Asset Owner Alliance).

Of course, in her current role she actively supports AXA’s CR, investments and underwriting teams in advancing our sustainable finance strategy. For example she co-signed the latest TCFD report and actively supported the preparation of our new Climate & Biodiversity strategy, launched on November 27th 2019.

Musa Salah is the Group Manager and Head of Environmental and Sustainability Unit at the Ecobank Transnational Incorporated (ETI), Lome-Togo with responsibility covering 36 countries in Africa. Prior to this, he was a Regional Account Manager, United Nations, Agribusiness and Climate Initiatives in the International Organisations Department of Ecobank. Before joining Ecobank in 2008, he worked in the United Nations systems in Ethiopia and Nigeria, from 2003-2008.

Musa served on the Ghana National Climate Change Committee (2010-2012). He has contributed to a number of Policy reports on the Environment and Sustainable Development nexus, including National Councils for Sustainable Development in Africa: A Review of Institutions and their Functioning, UNECA (2005); and Ghana Policy Advisory Series on Climate Change, Africa Adaptation Programme, EPA-Ghana (2011). One recent accomplishment is to be part of Dow Jones Sustainability Indices list for the first time and be part of FTSE4GOOD list again. Jacki is passionate about the role finance can play in ensuring a sustainable and resilient Australia. Jacki started her career in health sciences, moved to safety and risk management and has spent the last 25 years in the insurance sector.

Jacki recently retired from her Group Executive role with Insurance Australia Group and is now an advisor to the Group on Climate, Sustainability and Resilience. In this capacity she holds the roles of Co Chair United Nations Environment Financial Initiative, Co-Chair Australia Sustainable Finance Initiative and Steer- co member Resilient Sydney. She is a Non Executive Director of Community First Credit Union and member of the CFCU Board Corporate Governance subcommittee.

She was CEO Insurance Australia Group New Zealand from 2010 to 2016. Her additional roles in NZ included President of the Insurance Council of NZ and Chair of the Christchurch Recovery Chief Executive Forums. During her career in NZ she was recognised as NZ Herald Executive of the Year.

Jacki is a former Non Executive Director of the NSW Workcover Authority and Personal Injury Education Foundation. She is a keen photographer and enjoys family time with her husband Michael and adult daughter Kirsten. 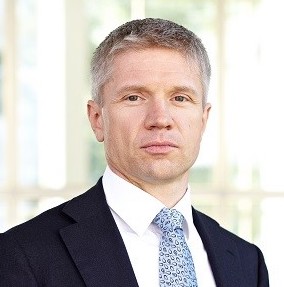 Günther Thallinger,
Member of the Board of Management, Allianz (Germany)

Günther Thallinger joined Allianz Group in May 2009. He has been a Member of the Board of Management of Allianz SE since January 2017, responsible for Investment Management and the Center of Competence Life & Health. In January 2018 he additionally assumed responsibility for steering ESG topics within Allianz. Prior to joining Citi, Val spent a decade working in the environmental sector, including the National Audubon Society, Brainerd Foundation, and the Houston Advanced Research Center. She began her career with the U.S. Peace Corps, where she served for two years in Honduras. She serves on the boards of the UN Global Compact US Network and the New York League of Conservation Voters Education Fund, and is a member of the Aspen Institute Leaders Forum. Val earned her MBA from the University of North Carolina-Chapel Hill and her BA from the University of Virginia. 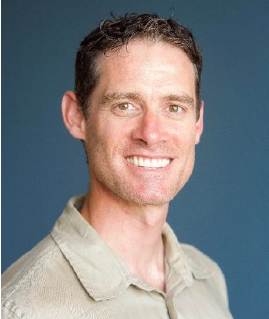 Chad Park is the Vice President, Sustainability & Citizenship for The Co-operators. In this role he leads the co-operative’s efforts to embed and integrate sustainability principles throughout the organization, including in its investment strategy and underwriting practices. He also oversees The Co-operators nation-wide community investment and partnership programs.

Prior to joining The Co-operators in June 2020, Chad played a leadership role with several sustainability-focused organizations and initiatives. He served for five years as the Founding Director and Lead Animator of the Energy Futures Lab, a diverse coalition of innovators and partner organizations working together to advance solutions for a transformative energy vision for Canada. He has also served as Executive Director of The Natural Step Canada, a founding Board-member for the Future Fit Foundation in the United Kingdom, and a Board member of the Canadian Energy and Climate Nexus. Chad earned his masters degree as a Rotary Ambassadorial Scholar at the International Institute for Industrial Environmental Economics at Lund University in Sweden and completed the Oxford Social Finance Programme at Oxford University’s Saïd School of Business. Ma Jun
Director of the Center for Finance and Development, Tsinghua National Institute of Financial Research(China)

Dr. MA Jun is the UN Environment’s Special Advisor on Sustainable Finance. He is also Special Advisor to the Governor of the People’s Bank of China, Chairman of Green Finance Committee of China Society for Finance and Banking, and Co-chair of G20 Green Finance Study Group. Before joining Tsinghua University, he was the Chief Economist at the Research Bureau of the People’s Bank of China (PBOC) from 2014-17. Prior to that, he worked for 13 years at Deutsche Bank, where he was Managing Director, Chief Economist for Greater China, and Head of China and Hong Kong Strategy. From 1992-2000, he worked as public policy specialist, economist and senior economist at the International Monetary Fund and World Bank. From 1988-1990, he was a research fellow at the Development Research Center of China’s State Council. Dr. Ma received his Ph.D. in Economics from Georgetown University in 1994, and his master’s degree in Management Science from Fudan University in 1988. Saker is CEO of the international business of Federated Hermes, appointed November 2011, having joined in June 2009 as CIO. He is also a member of the Federated Hermes Executive team. Prior to this, Saker was Global Head of Equities at Fortis Investments, having previously been CIO Global Equities since 2005. Before this, he was CIO of Global Equities and Head of Marketing for SGAM UK. This followed SGAM’s acquisition of Trust Company of the West, where Saker was a Managing Director running global and international strategies, as well the London office. He started his career at Mercury Asset Management in 1987.

Saker is founder of the 300 Club and was an inaugural member of the CFA Institute’s Future of Finance Advisory Council from 2013 until 2019. He is a member of the IIRC Council, the FCA-PRA Climate Financial Risk Forum, the United Nations Environmental Programme Financial Initiative Steering Committee, the Banking Standards Board, the UK National Advisory Board on Impact Investing, and the advisory Board of the National Youth Orchestra.

In 2018, Saker was named CEO of the Year at the Financial News Asset Management Europe Awards. He has a BA and PhD in Medieval History from King’s College, University of London.

Saker was awarded a CBE (Commander of the Order of the British Empire) in the Queen’s 2019 New Year’s Honours list for services to Responsible Business and Finance. A development economist and lawyer with over 35 years of varied experience, Mr. Tripathi has served with the UN since 1998 in key positions in Europe, Asia and Africa in the areas of Climate Change, Human Rights, Democratic Governance and Legal Affairs.

He was Chair of the Committees on Laws, Treaties and Administrative matters for the UN-mediated Cyprus unification talks in 2004; UN Recovery Coordinator for Aceh and Nias where he facilitated international cooperation and funding of over US$ 7 billion for post-tsunami and post-conflict recovery efforts in support of the Indonesian government and affected populations; and Executive Head of UNORCID, a UN System Office of 10 UN Agencies established by the UN Secretary General in 2011 to facilitate the implementation of a US$ 1 Billion REDD+ partnership between Indonesia, Norway and other stakeholders on climate change mitigation and adaptation through the conservation of forests and preservation of peat-land and bio-diversity.

Mr. Tripathi was instrumental in establishing the Tropical Landscapes Finance Facility (TLFF) in Indonesia in 2016 and the Sustainable India Finance Facility (SIFF) in 2017 to leverage ‘private finance for public good’ at mega-scale to achieve transformative social and environmental impact in developing countries. He continues to serve on the boards of these institutions.

Mr. Tripathi is a Senior Distinguished Fellow on Natural Resources Governance at the World Agroforestry Centre (ICRAF) and serves on the Advisory Council of the Natural Capital Declaration (NCD). He previously served on the World Economic Forum’s Global Advisory Council on Forests; and in India as a member of its national civil service.