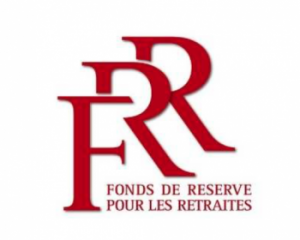 Company Profile
The French Public Pension Fund, originally known as Fonds de Réserve pour les Retraites (FRR) is a public administrative establishment whose mission is to invest monies entrusted to it by the public authorities on behalf of the community with the aim of financing the pension system. The FRR became a responsible investor to optimise returns on the funds entrusted to it in as secure an environment as possible. The FRR’s efforts in terms of integrating Environmental, Social and Governance (ESG) factors into management processes have promoted best practices of social and environmental responsibility, focused on large European listed companies, then, between 2013 and 2017, extended to emerging markets and small and medium capitalization equities. These Social Responsible Investment (SRI) mandates have generated market comparable performance whilst at the same time promoting good ESG practices. Thus, the FRR helps to finance companies the corporate mission of which is to preserve the environment or are beneficial to society.

Also, since 2008, the FRR has had in place a system enabling it to monitor and prevent extrafinancial
risks which may arise from failure by a company in which it invests to observe
universally recognised principles such as those of the United Nations Global Compact and good
governance. As a “founding member of the UN Principles for Responsible Investment in 2005, the FRR is also very engaged in the current ecological and energy transition movement” said Yves Chevalier, member of the Executive Board. Thus, the FRR joined the UNEP FI to support the research on Responsible Investment, share its work as widely as possible and spread good practices amongst the
companies the most in need.