The day is divided into four key sections:

Risk managers and analysts in corporate, investment and retail banking with little or no knowledge/experience in ESRA.

Frequency: On demand only (sector-wide or in-house for UNEP FI Members).

Cost: In general, participation is free of charge, as our workshops usually supported and sponsored by local partners.

Overall, 45 ESRA ITW have been held in English, Spanish, Portuguese and Japanese with a total of 1,708 participants from 34 countries since 2005. 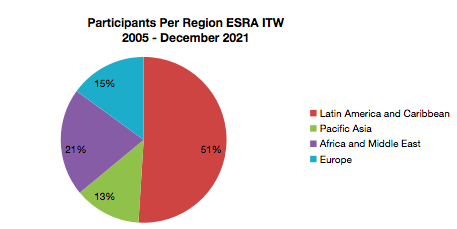